Globalization, modernization, and digitalization have long been synonymous with each other. And for a long time now, our world has revolved around our smartphones and computers. What if the state could be a part of this new world? What if all your documents, petitions, certificates, and the opportunity to open a business and make an appointment with a doctor could be in one mobile application. If you doubt that this is possible, Ukraine provides a shining example of what is achievable.

What Is The Digital Economy?

In practice, the digital economy manifests itself primarily as a consumer-oriented economy (on-demand economy); i.e., the ability of the state to provide various services. In particular, it is the receipt by citizens of certificates, inquiries, applications, answers to queries in electronic form, electronic payments, etc. In addition, it is a market for instant orders and an unlimited choice of goods and services through online stores, online banking, messengers, or other social networks. The digitalization of the economy is taking place through digital reforms in public life: education, medicine, and public administration, and directly in the business. [1]

What Online Services Are Available in Ukraine, and How Do They Work in Times of War?

A striking example of Ukraine's digital economy is the creation of the "Diia" application — the so-called "state in a smartphone." Diia is the most prominent digital project in modern Ukraine, implemented by the E-Governance for Accountability and Participation Program (EGAP) and the Ministry of Digital Transformation of Ukraine. Thanks to Diia, Ukraine became the first country to make a digital passport the official analog of a paper one.

There are over 70 services currently available in Diia: Ukrainians can register their businesses, pay taxes, get a vaccination certificate, all the necessary declarations and licenses, change their place of residence, and much more. All the essential documents can also be collected in one place: passport (domestic and foreign), driver's license, birth certificate, etc. By 2024, the plan is to transfer 100% of public services to Diia.

There are also several other projects under the "Diia" brand:

• Diia.Digital education — a national online platform for the development of digital literacy.

• Diia.Business — a portal to help small and medium enterprises. This site is for future and experienced entrepreneurs: a one-stop shop with answers to all questions. The platform is currently running in test mode.

• Diia.City — a special virtual economic zone with a special tax, financial, and legal regime, including British law inside. Diia.City will attract foreign investment to Ukraine and simplify the conditions for doing business in the country. It also provides for the creation of a separate self-government and tax climate. Thanks to Diia.City, the growth rate of the IT sector can double to 40-50% per year, and revenues can grow from $6 billion to $16.5-17 billion. The launch was planned for mid-February 2022, but was postponed due to the war.

There are more than 100 achievements alone for Diia in 2021, which you can read at https://thedigital.gov.ua/2021 (material only available in Ukrainian, we recommend using a translator).

Of course, it is important to note the work of this application during the war, in particular the issue of security. How does Diia ensure that its users' personal information cannot be leaked?

The Diia Team and the Ministry of Digital Transformation of Ukraine periodically conduct bug bounties. This is an international practice when looking for vulnerabilities. Typically, a bug bounty works like this: cybersecurity experts look for vulnerabilities, developers report them, and close the hole. No holes were found in Diia.

A month before the war, it gave Ukrainians confidence that the product was as safe as possible because all attempts to find vulnerabilities failed.

In January, there were also many attacks on digital infrastructure: government registries, banks, and more. Accordingly, the security system was revised again, and additional protection measures were established. Therefore, attacks now do not pose a threat.

In fact, what is happening now can be called the world's first cyberwar. The Russians have not given up trying to destroy the technological structure of Ukraine.

Despite this, during the war, Diia added new documents and services:

At a press briefing on November 26, 2021, the President of Ukraine, Volodymyr Zelensky, said that Ukraine is working to develop an online census and electronic elections with Microsoft and Apple. Zelensky noted that in addition to the election, technology giants would help Ukraine create digital customs. And in the next presidential election, citizens will be able to vote using the Diia application. But some experts say that's impossible. There have been few success stories of e-voting in the world due primarily to fears of cybersecurity threats, lack of anonymity, and belief in the vulnerability that electronic elections can be exploited by hostile states.

Konstantin Korsun, COO of Berezha Security Group, a company working in cybersecurity, believes that smartphone applications for electronic voting cannot be used because they have many vulnerabilities. The expert warns against the use of Diia in the Ukrainian elections: "It is challenging to realize the voting secrecy and the possibility of voting without coercion on a smartphone." In addition, he believes it is very problematic to assure all participants in the election process that the votes have been counted correctly and that they have been counted at all. [3]

Estonia is now the only European country to have a full-fledged electronic election system since 2005. The Estonian government does it without its counterpart Diia. The right technology and partners are the key.

The Ukrainian experts believe that Estonia’s success in online voting is not possible in Ukraine. In Estonia, 98% of the population trust the government and officials, and 50% of residents trust online. Given that 1.3 million people live in Estonia, 50% of voters there are like the population of one Kyiv district. Yet another level of complexity.

Another concern is that vulnerabilities in electronic elections could be exploited by hostile states, primarily Russia. Russia may try to undermine the credibility of electronic voting, as was the case with the Covid vaccination. This is what we now see in attempts to break Diia. But on May 17, 2022, Ukraine received for the first time two important awards in the field of cybersecurity CYBERSEC Award: for heroic resistance to Russian aggression and protection of the digital borders of the democratic world. Once again, it proves that online voting in Ukraine is possible and will be completely protected.

Estonia is recognized worldwide for its long-established digital brand of state or e-government.  Ukraine has benefited from this expertise by successfully partnering with Estonia on many digital projects. Together, they worked on developing the mobile application and portal of public services, Diia, noted above, the introduction of electronic interaction of state information resources "Trembita," which is analogous to the Estonian X-Road, as well as the automation of the administrative center’s "Beehive."

An important area of ​​future cooperation will be developing electronic trust services and electronic identification so that Ukrainian citizens can conduct electronic commercial transactions on par with Europeans.

The Estonian company e-Governance Academy has been helping Ukraine to implement digital technologies in the country for seven years and includes:

With Estonia’s assistance, Ukraine is moving in the right direction towards digitization and will be well-positioned to share its experience with other countries in implementing mobile applications for the provision of electronic services.

Estonia and Canada - an Excellent Partnership

Considering all the above, Estonia is a very desirable partner for cooperation in technology. In 2018 the Government of Canada announced the deepening of digital collaboration with Estonia. This means that Canada will learn from the Estonian experience of the digitalization of their economy and success in secure, accessible online voting. The widespread introduction of online voting in Canada will only be a matter of time. 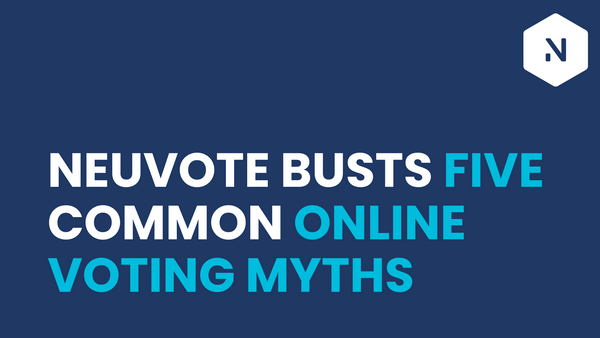 There is growing consensus that the modern electoral process needs to be advanced. Automation, autonomy, and the transition into the online world are methods that can assist this advancement, but are not the only ways we can improve the democratic process. The degree of development of electronic information technologies in

Hello! I am Viktoriia, the new content creator for Neuvote. Neuvote believes in strengthening and advocating for democracy, and right now, modern threats to democracy and the sovereignty of the people have never been seen more clearly than in what's going on in Ukraine. Democracy, representation, and freedom of speech 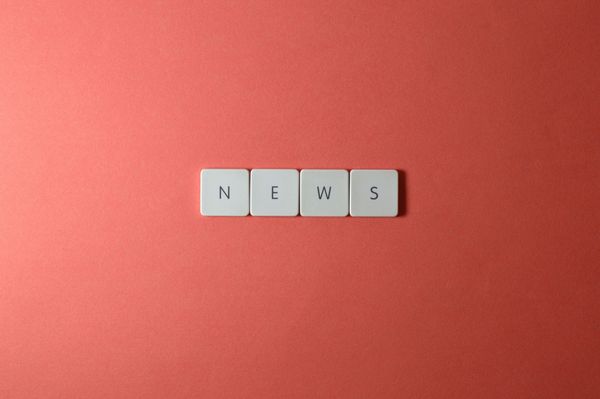 Neuvote is launching a unique online platform in Canada, Civik, that allows voters and political candidates at the municipal, provincial and federal levels to talk to each other. Participants can ask and answer questions about policies and programs that promote constructive dialogue – before, during and after an election, as well